This was originally posted on Medium

During my time building Jopwell, the thing that became clear was that as hard as organizations worked to increase their pipeline of diverse talent, a simple fact remained: Getting a job is a totally different game than doing well in the job.

I dove head first into tech’s diversity and inclusion wave in 2014. In the five years since, I’ve seen more and more flavors of career acceleration through recruiting platforms, bootcamps, and income share agreements. Despite the breadth of innovation, it remains true that Career Acceleration only works if you know where to go.

Many people have the ambition and drive to succeed but are barred from succeeding because they didn’t start out with the existing network of peers and sponsors. When folks across diverse backgrounds are tapped for opportunities, they thrive in their career and bring more people with them.

Until that happens naturally, as the tech workforce expands and diversifies, more and more careers will be cut short when well-deserved opportunities don’t arrive when they should. Those without the built-in networks of folks from traditional backgrounds will churn faster — and progress will be slow, if at all.

The way to provide direction is to ensure talented individuals have access to relevant, trusted networks of peers and mentors. So in February, Kirk Fernandes and I (Randy Brown) built and launched Merit to connect diverse talent to experienced leaders to grow their skills and network. It is a free tool that is as simple as picking a topic, coach and scheduling a video call.

Three months after launching our private beta, we’ve connected over 100 people for over 100 coaching sessions via our 15 senior-level coaches. 80% of whom are from under-represented backgrounds that have helped junior people in tech with an average user rating of 8.8 (out of 10).

But instead of talking about numbers, I’d like to give you a story of someone we’ve helped already.

Milly is an associate product manager at a marketing technology company in New York City. Having received a full tuition to a CUNY college, she graduated in 2018 and landed a job in tech. She is one of the over 1 million people in tech from under-represented backgrounds. And like most of us just starting out, figuring out what you what or where you want to go is a daunting affair.

During her first year on the job she was relieved to start her career somewhere, but was unsure about where to go next. Also like many under-represented people in tech, she didn’t have any peers or mentors to reach out - no one she knew from her school, family, or friends were in industry.

When she signed up for Merit, she was looking for direction. So we connected her to Bianca Soliz Haynes, a Senior Product Manager at VTS, and Merit Coach. After their first conversation Milly was ecstatic - it was the first time she had a mentor she could relate to who wanted her to succeed. 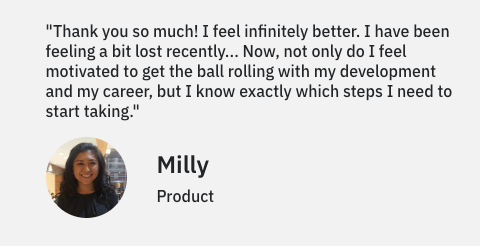 With that background in mind - that there were others like her in her industry - she learned that she was already performing above and beyond. So Merit connected her to another Coach: Jen Hau, VP of Product at Troops, and they strategized how Milly could get a promotion.

The following week, success! Milly got a raise immediately and is getting another raise and title bump at the next promotion cycle in a few months.

Lastly, to help Milly expand her network, we connected her to a program we’re friendly with, Orbital Studios, to attend a 1-day peer learning group composed of fellow first year PMs and leaders in the field. She was happy to attend and her company was delighted to send her. (Traditional conferences have rarely helped their people build networks or provide unique learnings.) 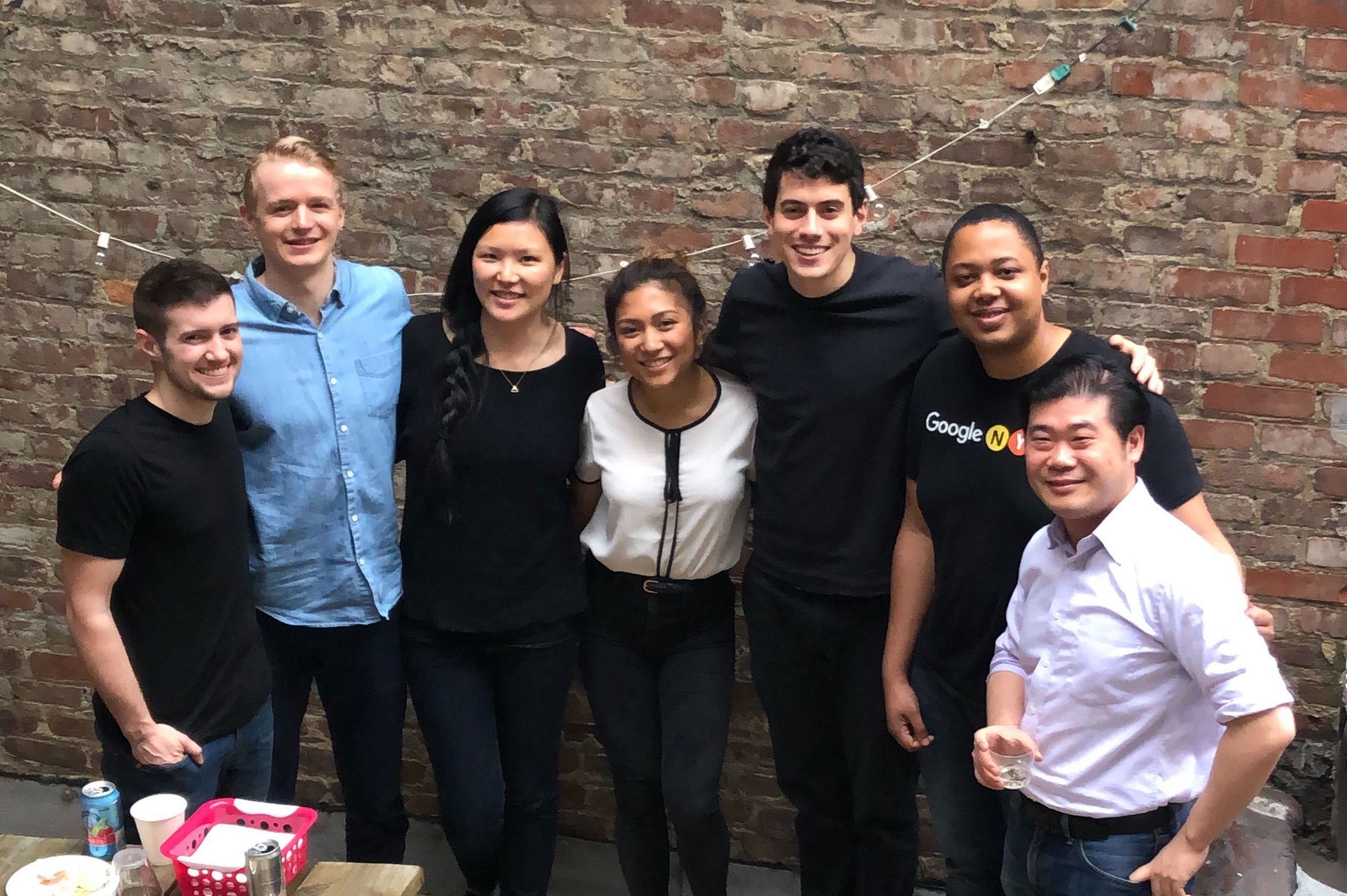 Milly, in the center, along with a few peers met at the program. I (second from right) visited to see how the day was going!

In sum, Merit helped Milly increase her pay by at least 15% along with providing the mentors, peers, and career direction that could easily lay the foundation for the next 10 years of her career. All of that in less than few hours of coaching.

Milly did the work - all we did was leverage our network to connect her to people who wanted to help her further her own goals and personal mission. Providing a catalyst for change is what we’re looking to provide. Despite the huge ROI to Milly, and her company, from such a simple act - this amount of progress and development would have taken months to happen.

What’s frustrating is that there are so many more people with the same level of drive and ambition who are blocked because of something so simple. There’s no reason to let that continue.

What’s going on here? For most of the 20th century, a high-achieving career meant one defined by stability, within a big corporation, aimed at climbing the corporate ladder. But for better or worse, the modern career is defined by tours of duty within collaborative, cross functional and increasingly diverse teams.

This new world means that employees and companies expect individuals to own their own career development. Yet the tools and frameworks we use are still built with a top-down perspective that falsely assumes employees will stay within a single organization for their entire career. In the absence of structures that provide long-term career growth, existing entrenched social networks have dominate, and in turn, left a lot of people behind.

Furthermore, current approaches assume that the best people to advance careers exist within the silo of a single organization. Yet the tech wave has shown that collaboration across organizations, as much as within them, leads to better outcomes for groups and individuals.

Despite the immense value to individuals and organizations, no one’s focused on developing talent and leadership within and across jobs. The pathways that used to provide this support has eroded - and nothing has taken its place.

There are more than 1 million Milly’s in the tech workforce — and we believe Merit can help every single one of them. How do you build the infrastructure for the 21st century worker? That’s the mission we’re squarely focused on figuring out. Find out more on the next installment of Merit.

Want to get involved? 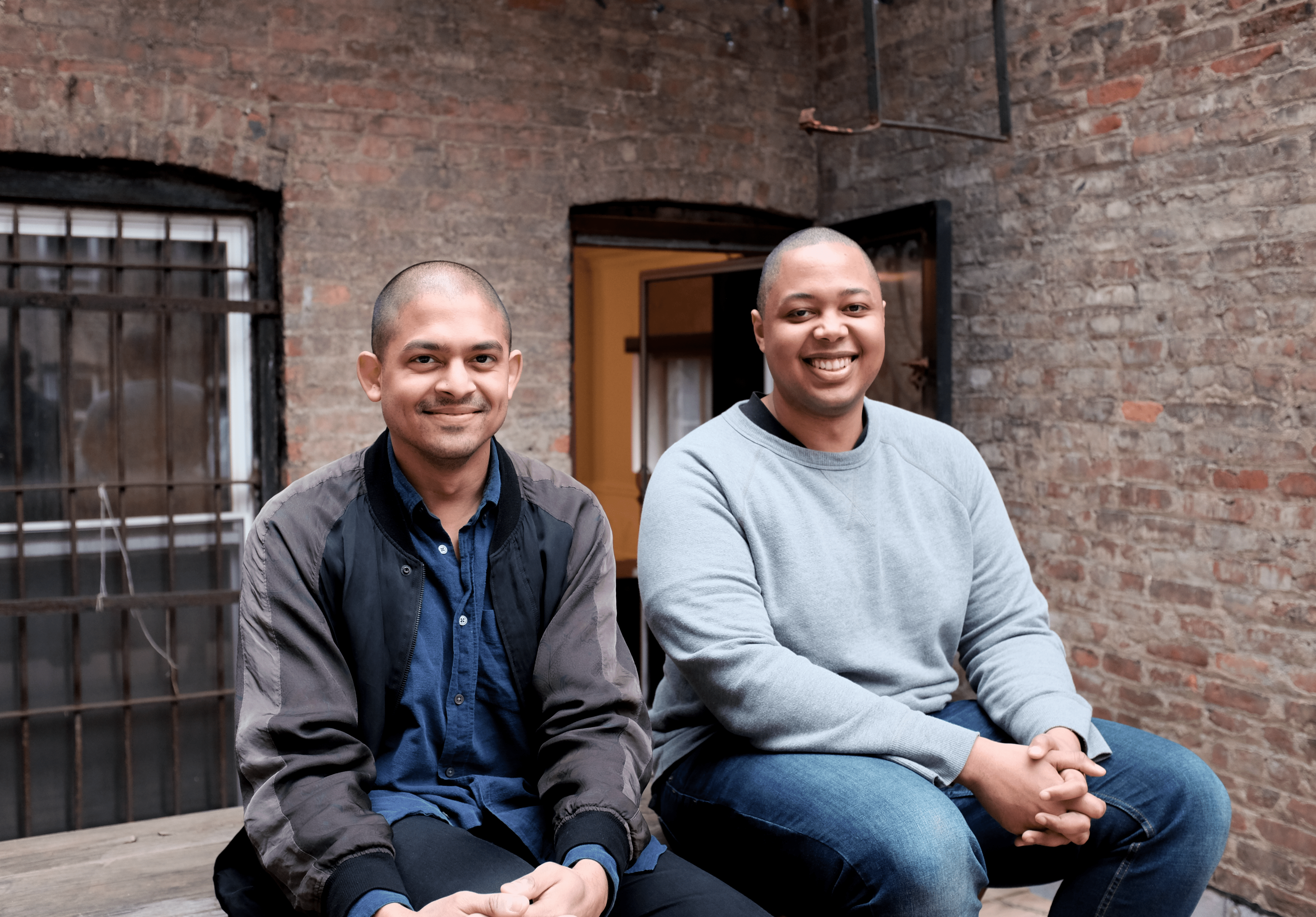